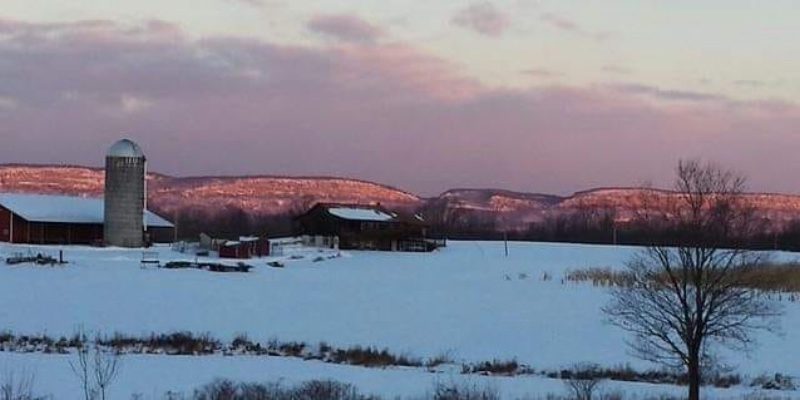 The State of Land Conservation

By Kay Hoiby, Member of the Gardiner Open Space Commission

It’s hard to disagree that one of Gardiner’s greatest assets is its idyllic setting. It has many farms and open spaces which support our region’s recreation and tourism as well as wildlife conservation and agricultural resources. Gardiner’s farms also provide a wide variety of fruits, vegetables, meat and dairy products for local and regional consumption.

Did you know that approximately 5,400 acres in Gardiner are protected, open space land? A variety of organizations are involved in preserving these lands, including: the Mohonk Preserve, Open Space Institute, Wallkill Valley Land Trust, Minnewaska State Park, and Awosting Reserve.

In 2005, the Town of Gardiner, along with several other neighboring communities, initiated a formal process to preserve open space within the community. At the time, numerous subdivisions were being reviewed by the Town’s Planning Board creating an urgency to develop a land conservation program. Between 2005 and 2006, and working with a consulting firm, Behan Planning Associates, the Town worked to evaluate existing open space resources as well as to engage the community about their issues and concerns. The result was the Gardiner Open Space Plan, adopted by the Town in January 2007 and an Open Space Commission (OSC) was created to develop and manage the program. The Town Board then placed a bonding proposition on the November 2006 general election ballot to encourage local funding for the acquisition of open spaces and farmland. Most voters in the Town approved this proposition, authorizing the expenditure of $1,500,000 for the acquisition of open spaces and farmland, including, among other things, development rights. However, the bond funds were never tapped and the bond expired.

The OAC had two major successes in that they raised enough money through fundraising and grants to purchase the development rights of both the Kiernan Farm on Bruynswick Road and the Hess Farm on Sand Hill Road, thus permanently protecting a total of 215 acres of farmland. After these initial years of success however, the OAC’s members’ terms expired and were not refilled resulting in the Commission becoming defunct.

Then in 2018, land development pressure started increasing again throughout the region and the Town Board reestablished the OSC. Once again, the Town has made a commitment to addressing the need for open space preservation and to reinvigorating its comprehensive approach to it. One of the tools used for preserving open space is a conservation easement; a voluntary, legal agreement that permanently limits the uses of land to protect its conservation values, sometimes in return for monetary compensation. The new OSC developed a Conservation Easement template to ensure consistency for all conservation easement proposals coming before the town. Its other efforts include identifying and mapping all existing preserved open space within the Town, working jointly with the NYS Department of Environmental Conservation (NYSDEC) and the Town’s Environmental Conservation Commission (ECC) to create a Natural Resources Inventory (NRI) identifying and describing the naturally occurring resources located in Gardiner, and most recently proposing a new plan to the Town Board to solicit conservation easements to preserve additional land within the Town.

Starting in June 2021, the Gardiner OAC will kick off this new land conservation initiative with a series of community education and outreach workshops highlighting the importance of preserving land in our Town and explaining the tools for preserving land as well as identifying potential grants, financing and tax incentives to help pay for the costs. For more info: townofgardiner.org/open-space-commission.