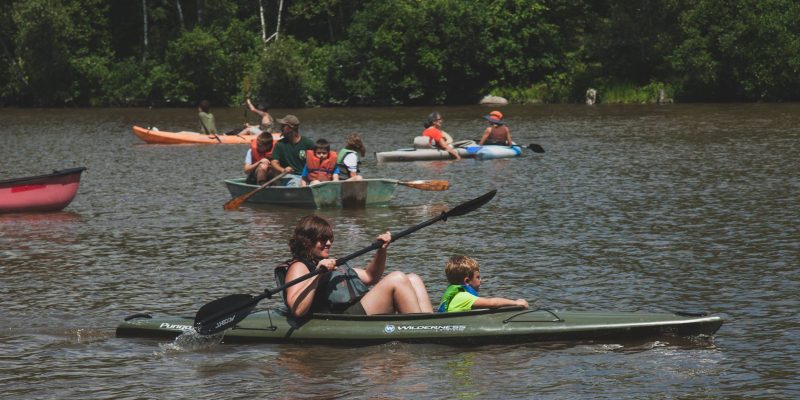 Tillson Lake: Then and Now

You really can’t travel around Gardiner, or the surrounding towns for that matter, without seeing “Save Tillson Lake” signs on people’s lawns. Have you ever wondered why Tillson Lake needs saving? For those unfamiliar with the lake and its history, here is a timeline: In 1922 Hasbrouck (Hassie) A. Tillson, a farm real estate agent and cattle dealer in Walden, amassed considerable acreage below the Shawangunk Ridge. In 1929, Hassie decided to create a lake by damming his very wet property, which was bisected by the Palmaghatt Kill. He created the beautiful Tillson Lake area, with a golf course, a roller-skating rink, a pavilion, boats for hire, fishing, docks, diving platforms and wonderful grassy banks for picnicking, relaxing and watching swimming races and regattas. The lake shore had gazebos, badminton courts, food for sale and ample parking. People came from near and far to enjoy the pleasures to be had there.

Many locals have intense memories of the glory days of Tillson Lake. Hassie Tillson eventually sold the lake to Dominick Porco, who kept it as a treasured destination, but in the late 1970s, he sold it to a member of the Unanue family, the owners of Goya Foods, who proposed to surround the lake with trailers that would effectively cut it off to public use. His plan was rejected by the Town of Gardiner in 1982. In retaliation, Unanue drained the lake, creating a field of invasive plants with a skinny stream running through it. It remained that way for 12 years until it was bought by John Bradley, owner of the 2,500-acre Awosting Reserve. Bradley proposed to build a gated community with 249 “starter castles,” with the lake as part of the development. A grass-roots organization called “Save the Ridge” fought the project. Eventually, a judge decided to sell the property to Trust for Public Land and the Open Space Institute, and in 2006, Tillson Lake became part of the NY State Parks when it was turned over to Minnewaska State Park Preserve and to its managing agency, the Palisades Interstate Park Commission (PIPC).

When I asked Morey Gottesman, President of Friends of Tillson Lake, about the reaction of local residents to the lake being taken over by the State, he said, “We were happy and thought they would maintain the dam, and everything would be great, not just for us, but for the many visitors that come to enjoy it in ever-increasing numbers. You know, Tillson Lake has the easiest access of any lake in Minnewaska State Park Preserve. It is also the only lake in which one can fish, and only one of two where free boating and kayaking, with a permit, are allowed. In April 2021, we held a successful permit event so that those wanting to obtain boat permits could do so easily, rather than line up at the Minnewaska visitor’s desk.” But why, I asked, is Tillson Lake still in danger of being drained? Morey answered, “The DEC (Dept. of Environmental Conservation) changed the standards for dams. Whereas before, dams had to be capable of withstanding a 100-year flood event, but now because of climate change, the DEC upped the standard to 500-years. That means the dam needs upgrades and the spillway is considered to have damage and needs repair to meet the new, higher standard.” He added wryly, “It’s about the money, and has really always been about the money, but we have many allies at this point, including the PIPC who’d like to preserve the lake if they could.” The good news, apparently, is that it will cost close to the same amount to disassemble the dam, $3.5mil, as it would to upgrade it, $3.7mil. That means there is a good chance that if enough people use the lake and make their desire to keep the lake alive and well are heard, when the State Legislature finds some money, it can be used to preserve, not destroy Tillson Lake. By joining the Friends of Tillson Lake facebook group, talking about the lake in social media, and contacting NYS legislators, all can take part in preserving Tillson Lake and benefit from all it provides. For info on upcoming sponsored summer events for boating, fishing, etc., go to facebook.com/savetillsonlake or savetillsonlake.org.