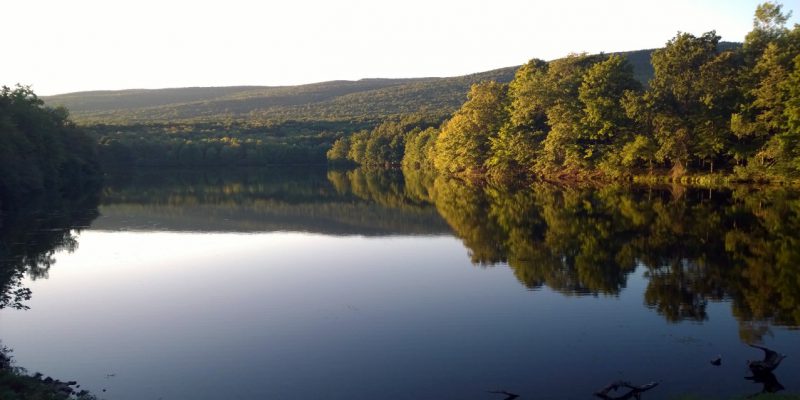 Tillson Lake Under Threat for the Third Time

The Palisades Interstate Park Commission (PIPC), which oversees Minnewaska Park Preserve, recently informed those living near and around Tillson Lake that the dam is in need of repair and that, since there is no money to fix it, the commission intends to remove the dam and drain the lake.

For those unfamiliar with the lake and its history; in 1922 Hasbrouck (Hassie) A. Tillson, a farm real estate agent and cattle dealer in Walden, amassed considerable acreage below the Shawangunk Ridge. In 1929, Hassie decided to create a lake by damming his very wet property, which was bisected by the Palmaghatt Kill. He created the beautiful Tillson Lake area, with a golf course, a roller skating rink, a pavilion, boats for hire, fishing, docks, diving platforms and wonderful grassy banks for picnicking, relaxing and watching swimming races and regattas. The lake surrounds had gazebos, badminton courts, food for sale and ample parking. People came from near and far to enjoy the pleasures to be had there.

Many locals have intense memories of the glory days of Tillson Lake. (Go to savetillsonlake/facebook to see historic scenes.) Hassie Tillson eventually sold the lake to Dominick Porco, who kept it as a treasured destination, but in the late 1970s, Tillson Lake was sold to a member of the Unanue family, the owners of Goya Foods, who proposed to surround the lake with trailers that would effectively cut it off to all its fans. His plan was rejected by the Town of Gardiner in 1982.

In retaliation, he drained the lake, creating a landscape of horror and, eventually, a field of invasive plants with a skinny stream running through it. It remained that way for 12 years until it was bought by John Bradley, owner of the 2,500-acre Awosting Reserve. Bradley proposed to build a gated community with 249 “starter castles,” with the lake as part of the development. A grass-roots organization called Save the Ridge fought the project. Eventually, a judge decided to sell the property to Trust for Public Land and the Open Space Institute, and in 2006, Tillson Lake became part of the state park when it was turned over to Minnewaska State Park Preserve.

So why preserve this lake? For almost 100 years it has been a beautiful part of Gardiner. People come to kayak, fish, picnic, bird watch and relax. The complex ecology that evolved during its long existence—ducks, turtles, frogs, herons, eagles, osprey, largemouth bass, spotted bass, catfish, crappie and brown trout—would be destroyed if the lake were to be destroyed. Furthermore, due to climate change and environmental degradation, the Palmaghatt Kill cannot be restored to what it possibly once was. There is barely any water in the summer or during droughts, so unless there is costly wetland restoration, we will be left with a field of invasive plants and a seasonal stream running through it.

Tillson Lake is the only handicapped-accessible lake in Minnewaska State Park Preserve. It is also the only lake in which one can fish, and only one of two where boating and kayaking are permitted.

When it became part of Minnewaska, the Gardiner Master Plan stated that repairs to Tillson Lake were a high priority. No repairs were ever made, and now there is supposedly no money to make them. Yet Governor Cuomo’s 2019 budget allocated $300 million to protect New York State’s air, water and natural resources and to support the economic benefits that communities reap from such investment. The governor stated that “New York’s environmental resources are among our greatest treasures, and it is critical that we do everything we can …”

Many lakes across the country, including some in the Adirondacks, exist because of dams. Losing Tillson Lake would mean the loss of a peaceful Shawangunk foothills lake used by visitors and residents. It attracts home owners and is a reason to move to Gardiner or Wallkill. As an 88-year-old resident of Pine Bush said, “First they took away the skating rink, then they took away swimming. Now they want to take away the lake?”