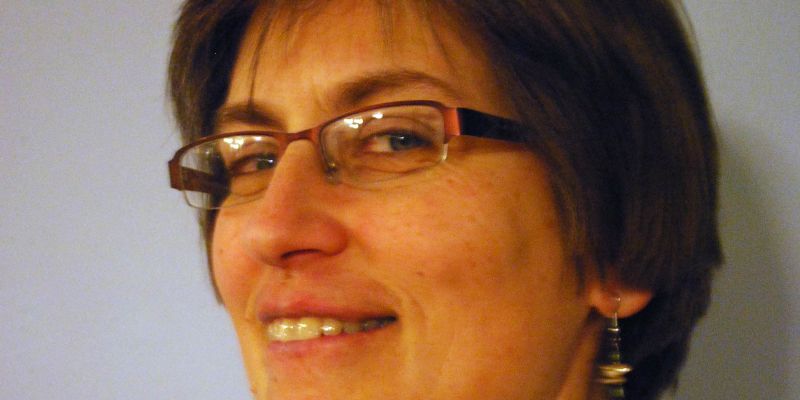 Melissa Fairweather began volunteer-ing as a child.  One of Elting’s Librarians would pick her up on the way to work so the youngster could shelve books.  Today, Melissa coordinates close to 200 volunteers at the Gardiner Library.  Some come in daily, some weekly; others present programs or help with special events.  “The library is a wonderful place to volunteer because we can always find a niche for any interest, talent or time commitment,” Melissa states.

Melissa’s parents, Matthew and Emily, served as role models. Both were Scout leaders and her Dad coached baseball.  Not surprising then, that after college, Melissa volunteered at a playgroup for handicapped toddlers and their siblings.  When she became a mother, Melissa became very active in La Leche League (LLL), a breastfeeding support and information organization. While raising three sons, she found the time to become the chief administrator for LLL of Eastern New York State and later, Division Publications Administrator for the Eastern United States.  Melissa still volunteers with the New Paltz group.

As her children grew, Melissa served on the boards of the Huguenot Nursery School and High Meadow School, spent time each week at her sons’ classes, coached soccer, volunteered for the PTA and for the Hudson Valley Golden Retriever Club.  The beginning of her volunteer efforts at the Gardiner Library began in 1989 with a box of books that needed shelving.  When Melissa’s middle son was at a library story time, and the baby amused himself, Melissa asked if she could help; she was soon filing cards in the card catalog.  When the youngest, Gavin, went to school, Melissa volunteered one day per week at the library.  That led, in 2000, to a Town Board approved job subbing when either Librarian Peg Lotvin or Children’s Librarian Alice O’Connor was on vacation. Melissa now works part time, a few days per week at the library, but still volunteers many more hours than she is paid for.

When the new Library building was ready for books, Melissa coordinated a 200-person human book chain to move the adult fiction section.  The effort continued over the next week and overall saved the library $8,000 in moving costs.  “I get such a sense of satisfaction and have learned so much interacting with other people.  When you’re passionate about something, sharing that passion with others is very satisfying.  You get far more back than you give when you volunteer,” Melissa adds.

Thanks to Melissa and many other Gardiner volunteers with varying interests, volunteerism, with its many benefits to the community, is alive and well in Gardiner.