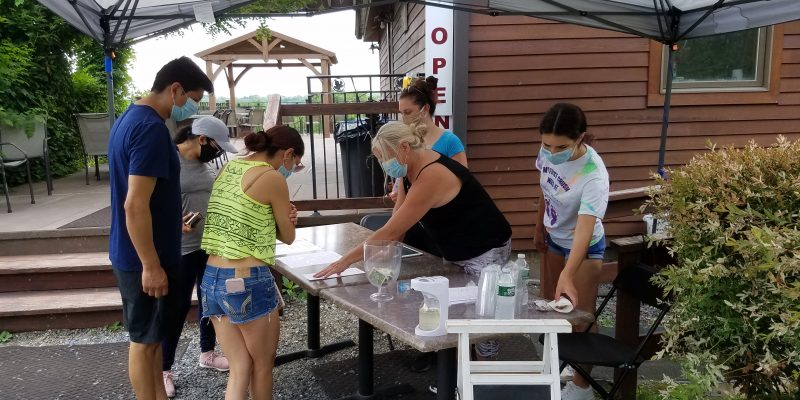 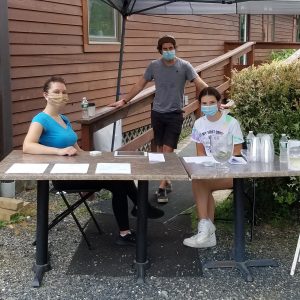 Governor Cuomo signed his “New York on Pause” executive order on March 20, declaring therein that certain businesses were deemed “essential” and could remain open for business, albeit with restrictions. Those essential businesses included wineries, distilleries, breweries, liquor stores, along with delis and supermarkets.

Unfortunately, being “allowed” to remain open when everyone else has been told to stay home presented some challenges.

Normally, at this time of the year, wineries have their tasting rooms open, sometimes year-round, and many hold events, offer music entertainment, host weddings, and so on. All of these draw customers to the tasting room and contribute to the winery’s bottom line.

Wine clubs are another important source of revenue. Club members are offered special discounts and can participate in sales and special events. Much of this is also true for local distilleries and breweries. However, small farm businesses of the kind that exist throughout New York State have been economically damaged by the restrictions that have been imposed because they have had to close their tasting rooms and cancel all the events that they typically host. All that kept them from going out of business was that they were deemed essential by the governor.

The Wine Spectator, in an article published on March 25, wrote about the adverse effects on wineries in the Finger Lakes and Long Island, omitting any mention of the Hudson River Region. But then, the wine production of the Hudson Region is miniscule by comparison with that of the other two regions.

Gardiner is itself home to two wineries, a distillery, a brewery, a cidery, and a wine shop so it represents a microcosm of what has happened in the region. Still, the wineries’ stories are particularly interesting, in good part because what has happened to their sales is a clear reflection of the type of clientele each winery caters to.

An important innovation by wineries all around the state was to offer “virtual wine tastings” on line, either on their own Web pages or on Facebook. The concept is that drinkers who have the wine to be tasted can share notes and thoughts about the wine with others via a Zoom or other media online.

Robibero Family Winery on Albany Post Road, was established in 2007. Its winemaker, Cristop Brown, has made some award-winning wines. It has long offered events, music, and parties, such as its annual Chili Cookout.

In other words, it has catered to people who not only want good wine, but a good time. The consequence of the lockdown, however, has been drastic, with overall sales down 80 percent in May or more. They have also had to lay off six tasting room and events staff, though they hope to rehire them as business returns to normal. 70 percent of their business during this period has been curbside pickup, while about 10 percent of their Case Club 460 members have continued to buy. They have reached out to the public on social media such as Facebook, offered virtual tastings on their page, and sent out mailings to past buyers.

As of June 12 they are now open for outdoor tasting with whole bottles for sale at the stairs to the veranda. Picnic tables are available for small groups, but virus safety guidelines must be strictly observed. They have also opened the veranda for tastings, again with proper social distancing.

Whitecliff Vineyard on Mckinstry Road in Gardiner, has been in business for twenty years and is very well-established. We interviewed Yancey Migliore, who is the co-owner with her husband Michael. Their business model is focused entirely on wine tastings without added entertainment or events. They do provide picnic tables for visitors and sell snacks in the tasting room. They also offer a number of award-winning wines by their winemaker, Brad Martz.

According to Yancey, their overall sales are down by about 13 percent overall, bearing in mind that March and April tend to be slow anyway, although this March actually saw a real pickup in business.

They haven’t had to lay off any staff because they were able to obtain a Paycheck Protection Program (PPP) loan from the government.

Their wine club sales have actually picked up, no doubt helped by the offer of free delivery locally. Wholesale business with restaurants has died, understandably, but business with wine stores is doing very well, so they’re regularly making deliveries to shops in the region. Curbside pickup was especially successful because they announced that they were open seven days a week for pickup.

Whitecliff is now open for outdoor tastings by appointment only, but requires strict compliance with the rules for social distancing and wearing masks until seated at spaced tables outside. Only whole bottles will be sold for now. “It’s unlike anything we’ve done before,” said Tristan Migliore, the winery manager.

Fabian Lopez, of Tuthilltown Distillery, which has a tasting room and offers tours of the distillery, answered our questions by e-mail. He told us that, at first, business dropped off by 100 percent, but with the governor’s executive order allowing spirits sales for curbside or shipping/delivery, they were able to generate roughly 40 percent of their regular monthly sales in May. May was the first full month of online and phone sales. They launched online sales on April 10th as they needed time to update and ensure compliance with their web store. Were it not for the executive order, this Covid situation would have had a much more detrimental impact to their business and the craft distilling industry as a whole.

Wine shops, on the other hand, are doing a booming business. Consider Hudson Valley Wine Market, on Main Street in Gardiner. The owner, Leonard Giannotti, said that while March sales were a bit better than average, April and May have surpassed December sales—the Christmas and New Year season—which are the benchmark for the business. People are buying more spirits than wine for now. He has had to lay off full-time staff but has one part-timer come in for half a day twice a week.

Yard Owl Craft Brewery, at 19 Osprey Lane, in Gardiner, continued to brew beer after the lockdown. However, the tasting room was shut down, and retail sales went down the proverbial tubes. Being creative, they too began offering virtual tastings. (See Virtual Tasting: Real Beer, Page 7.)

Michele and James, the owners of both the Brewery and Mudd Puddle Coffee, promptly went into emergency mode and created a Website for online sales. Now customers can order beer, pickled vegetables, and coffee. Orders placed by 3:00 pm would be available by 4:00 pm every day. They also started a beer club. Even though it was a successful innovation, sales were still down 80% up to mid-May, but it kept the business going. In fact, people buying the coffee reported doubling their consumption of it.

Kettleborough Cider House, 277 State Route NY-208, was founded and is run by Tim Dressel, of Dressel Farms. The Cider House is a seasonal operation, and closes down after Thanksgiving and usually reopens in early May.

This year, however, they weren’t able to open until June 12. Sales dropped off by 80 to 90 percent during that period, although online sales cushioned the drop. Typically they sell cider on tap and by the glass, which is very appealing to local consumers. Tourists usually buy bottles to take home, but they’re not appearing in large numbers yet.

It should be pointed out that during the lockdown, the majority of customers for these businesses were locals who supported local firms.

Tourists are a major source of revenue, especially during the summer and fall seasons, but they are noticeably absent now and that is an important factor in the decline of sales since reopening began on June 12.